The different school rankings published by the media in 2021 have positioned SEK International Schools among the best schools in Spain yet again this year.

Five SEK Education Group schools have stood out this year in the top eleven schools in the country, and among the top 67 in Europe, according to the IB Schools ranking, that includes the 1,080 European schools authorised to teach the International Baccalaureate. 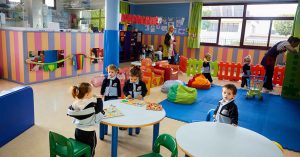 IB Schools is a website that belongs to the Education Advisers Limited group, which have been informing and advising families in the United Kingdom and the United States since 2004 on the best schools and universities in the world, and that highlight the schools that teach the International Baccalaureate, thanks to which students can access any university they choose.

The traditional ranking of schools published by the El Mundo newspaper this year has highlighted four SEK schools among the 100 best in Spain. It is the first time, since this ranking was published, that SEK Education Group has four schools among the top 100. Furthermore SEK-Ciudalcampo, SEK-Alboran and SEK-Catalunya have all managed to improve their position compared to the last time they appeared in this ranking. 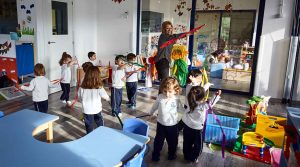 In the case of SEK-El Castillo, El Mundo has highlighted that it was the first school to teach the International Baccalaureate programmes in 1977, the development of the SEK Future Learning Model, high performance sports schools and the Stellar Programme for high achieving students. For SEK-Ciudalcampo, the paper highlighted that the school offers a multilingual education across all years, with 50% of the subjects in English, in addition to offering a social entrepreneurship programme with SEK Lab Junior startup accelerator.

Outside Madrid, the paper highlighted that SEK-Alboran is the only school in Almería authorised to teach three International Baccalaureate programmes (the Primary Years, the Middle Years and the Diploma programme), in addition to its great results both in the university entrance and IB Diploma exams. The special report on schools also features SEK-Catalunya, outlining its main strengths, including its technology curriculum with advanced teaching in robotics, drones and 3D printing, together with the Innovamat application, an extra resource for learning mathematics.