The graduation ceremony for the International Space Academy was held last Friday 10 December. During the celebration, thirty Secondary and International Baccalaureate students from SEK International School El Castillo and Kolbe School received their graduation diplomas. All the students successfully took part in this innovation project, promoted by NASA’s Jet Propulsion Laboratory (JPL) in California, and by the La Cañada Flintridge Twinning Association, with the collaboration of the Villanueva de la Cañada City Council.

This year’s International Space Academy project consisted of the design, construction and launch of projectiles developed by the participating students. Participants went through various phases, such as the creation of a company, the allocation of a limited budget for the rockets, construction, testing and, finally, the launch of the rockets equipped with hardware programmed for the collection of sensitive data during the flight. All of this was done by students collaborating in weekly English videoconferences, in which opinions and experiences were exchanged.

The graduation ceremony was hosted by the mayor of Villanueva de la Cañada, Luis Partida, accompanied by the councillor for Twinning and the councillor for Education.  Attending the ceremony were SEK-El Castillo principal, Eloísa López, and the vice principal for teaching Elvira Chiquero, as well as two students and a teacher, Daniel Carrera, representing the school. Videos were also screened outlining the experience of each school.

The International Space Academy was set up in 2016 and is a two-month programme that focuses on the study of physics, engineering, design, electronics and economics and their applications in the real world. This project has recently received an award from the Sister Cities International Organization. 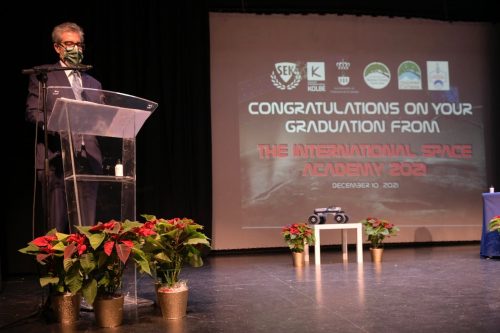 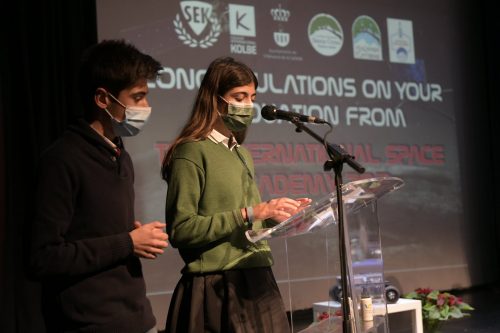 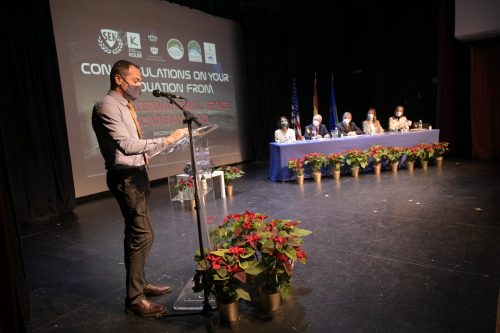